Complex PTSD is a relatively new diagnosis and was developed to reflect the fact that some individuals present with additional symptoms following trauma not captured with a traditional PTSD diagnosis.

Both PTSD and C-PTSD result from the experience of something deeply traumatic and can cause flashbacks, nightmares, and insomnia. Both conditions can also make you feel intensely afraid and unsafe even though the danger has passed. However, despite these similarities, there are characteristics that differentiate C-PTSD from PTSD.

The main difference between the two disorders is the frequency of the trauma which caused it. While PTSD is usually caused by a single traumatic event, C-PTSD is caused by long-lasting, repeated or continuous trauma that continues or repeats for months, even years (commonly referred to as “complex trauma”).

How is C-PTSD caused?

C-PTSD results from many experiences, but some examples are:

We know that trauma can have lasting effects on our brains (specifically the amygdala, hippocampus, and prefrontal cortex). These parts of our brain control our memory function and our response to stressful situations.

With continued or repeated exposure to a stressor, people’s physiological and brain functions have to continue at an extreme level. The nervous system also continues to function at the above normal level entering the exhaustion stage.

What are the symptoms of C-PTSD?

PTSD and C-PTSD have very similar symptoms but C-PTSD also has 3 additional categories of symptoms: difficulties with emotional regulation, an impaired sense of self-worth, and interpersonal problems which may manifest as some of the following (although it’s important to note that people with PTSD may also experience these):

Symptoms of complex PTSD can vary, and they may change over time. All of these symptoms can be life-altering and cause significant impairment in personal, family, social, educational, occupational, or other important areas of life.

There are frequent cases of ‘misdiagnosis of borderline personality disorder (BPD). The two share many symptoms such as low self-worth, suicidal thinking, and out of control emotional responses. And both can be linked to child sexual abuse.

It is possible to have both borderline personality disorder and C-PTSD. But if you feel the treatment for BPD, focussing on the ways you relate and regulate your emotions, is not working, and you know you experienced trauma, it’s perhaps worth looking into treatments for trauma as well.’

What are the treatments for C-PTSD?

Both PTSD and C-PTSD need the assistance of an experienced mental health professional to diagnose and help treat the disorder, but just like PTSD, C-PTSD is treatable.

Treatment for the two conditions is similar, although may take longer in the case of C-PTSD, but you may want to discuss some of your additional symptoms of complex trauma that your doctor or therapist may also need to address. 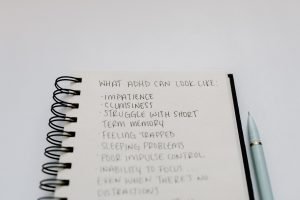 Can PTSD be mistaken for ADHD?

Can PTSD be mistaken for ADHD? Attention Deficit Hyperactivity Disorder (ADHD) is a condition that affects around 3-5% children and 2% of adults in the UK. The number of people diagnosed with ADHD has escalated over the past few decades,

Suicide amongst people with PTSD

Suicide amongst people with PTSD This is an extremely tough topic, and this article contains triggers and some very hard truths. However, it’s crucial to explore and discuss the link between PTSD symptoms and suicidal thoughts and actions to save 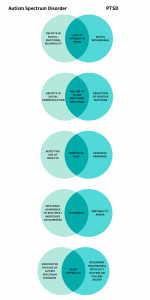 Can childhood PTSD be mistaken for autism? 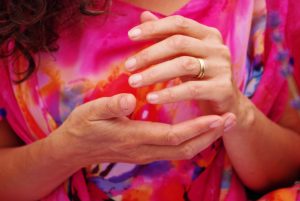 EFT ‘tapping’ for PTSD Leading EFT expert urges use of ‘tapping’ to treat Post Traumatic Stress Disorder as doctors predict a surge in COVID-related PTSD. A UK expert in psychological treatments for veterans with PTSD is calling for EFT tapping