PTSD is essentially a memory filing error caused by a traumatic event. When you experience something really traumatic such as a physical attack, burglary, miscarriage, or car accident, your body suspends ‘normal operations’ and temporarily shuts down some bodily functions such as memory processing.

As such, until the danger passes, the mind does not produce a memory for this traumatic event in the normal way. When your brain eventually goes back to try to process the trauma, the mind presents the situation as a memory for filing, but as it ‘does not exist’ in your memory yet, it sees it as a situation in the current timeline, and so it can be very distressing.

The distress comes from the fact that the brain is unable to recognise this as a ‘memory’ as it hasn’t been processed as one. As such,  the facts of what happened, the emotions associated with the trauma and the sensations touch, taste, sound, vision, movement, and smell can be presented by the mind in the form of flashbacks – as if they are happening right now..

You probably have experienced your senses being attached to your memories before: the smell mulled wine can bring back memories of a great Christmas party,, or a song can remind you of a great night out you once had. Most people have so-called flashbulb memories of where they were and what they were doing when something momentous happened: When Princess Diana died, when they heard about the events of 9/11 etc – so it’s clear that a memory is an all encompassing event, and a traumatic memory is no different.

Today, you are reading this page. What if I said ‘tomorrow, I shall ask you to recall the memory of being on this website, and reading this page’. When you came to recall it, you would (consciously and unconsciously) recollect the whole event – not just the reading. You would perhaps be able to tell me where you were sitting, who you were with, that the tv was on in the background, that you were wearing your pyjamas, that you could smell your soup cooking in the kitchen, that you would hear your neighbours dog barking etc. The memory of ‘simply reading a website’ would contain lots of smaller details, all related to that event.

Now imagine if reading the website was a trauma which caused PTSD. The next time you smelt soup cooking, or heard your neighbours dog barking, your mind would go to find a memory associated with those things (much like smelling suncream evokes memories of a great holiday), and the first thing it might come across is the unfiled event (the trauma) which it serves to you – but as this hasn’t been filed as a memory, it assumes it is a real life event happening now: it can’t distinguish between the two. So in your mind, you are right there, reading the website, hearing the TV in the background, and wearing your pyjamas. This isn’t something you can ‘snap out of’ – your mind has presented this to you as fact, and a real situation you are in now – and so you’re reliving that trauma over and over again.

Because of this, PTSD sufferers can have many ‘triggers’ – sounds, smells, tastes, things you see, emotions you feel etc can all bring back the trauma, presented as real life – a flashback.

In order to combat and reduce flashbacks, it’s important to understand your triggers.

A trigger can be anything—a person, place, thing, or situation—that reminds you of the trauma. For some people, it’s easy to identify their triggers (for example, a person involved in a car accident may be triggered simply by being in a car, a burglary victim may be triggered by hearing breaking glass, a military veteran might be triggered by loud noises that sound like gunfire). Other triggers may take some time to identify and understand. For example, maybe a song was playing during your trauma, and now that song or even others in the same genre of music are triggers; an assault victim may be triggered by the smell of alcohol if their attacker had been drinking etc.

It’s important to understand too that emotions, internal feelings and sensations can also trigger PTSD symptoms.

As looking at your triggers may be upsetting (and potentially start a flashback) where possible, it’s best to look at listing your triggers with a loved one. Try to write a list of triggers that have previously led to flashbacks one by one. If you’re then aware of them, it will allow you (until you have had treatment) to take steps to avoid or minimise them.

Flashbacks are a difficult part of PTSD, but knowing when they may happen, and what helped (or didn’t help) during and after than are key.

To understand more about the science behind PTSD, and why it causes flashbacks, read our science of PTSD information.

IMAGE:  ‘B is for Buzzcocks’ by Andrew Smith

Case Study: CBT Treatment – Holly Holly developed PTSD after seeing her Dad who received fatal crush injuries. Following intense flashbacks and intrusive memories, she started CBT treatment which allowed her to become free from the effects of PTSD within

events | walk or run easter 50 challenge 50km and 25km Sign up now Easter 50 Challenge The challenge Take on a 50 km Ultra or a historic 25km – and make it an active Easter! From our Windsor Racecourse 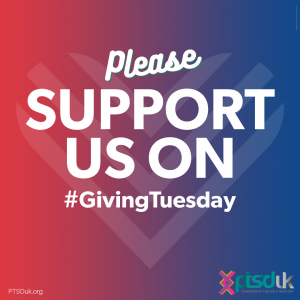 PTSD UK joins #GivingTuesday 2021, the global day of generosity taking place on 30 November PTSD UK is thrilled to announce that we’re one of the thousands of organisations taking part in this year’s #GivingTuesday campaign, to be held on 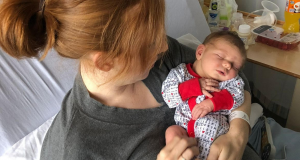 Post Natal PTSD: Sian’s Story It has long been recognised that following a difficult childbirth or pregnancy some people may go on to develop psychological problems. However, it is only relatively recently that it has become accepted that they can 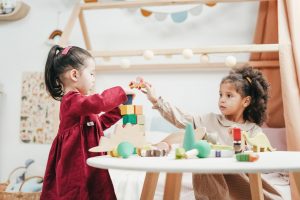 Play therapy as a treatment for children and adolescents with PTSD

Play therapy as a treatment for children and adolescents with PTSD A diverse range of traumas in childhood can leave under 18-year-olds with PTSD. In some cases, creating symptoms that appear many years later. As part of a series of 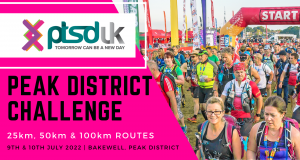