At first glance, Eye movement desensitisation reprocessing (EMDR) appears to approach psychological issues in an unusual way. It does not rely on talk therapy or medications. Instead, EMDR uses a natural function of the body, Rapid Eye Movement (REM), as its basis and Dr. Francine Shapiro, the founder of EMDR, found that just three 90 minute sessions could alleviate symptoms of PTSD in more than 77% of the patients she treated.

The human mind uses REM during sleep time to help it process daily emotional experiences and when trauma is extreme, this process breaks down and REM sleep doesn’t bring the usual relief from distress. The EMDR process is thought to produce an advanced stage of the REM processing. As the brain, via the eye-movement, processes troubling images and feelings, resolution of the issue can be achieved by dampening the power of emotionally charged memories.

EMDR therapy is not limited to simply taking symptoms away. It addresses the past, present and future. The goal is to allow the person to achieve a complete state of emotional health. EMDR is recognised by the National Institute for Health and Care Excellence (NICE) as a treatment for post-traumatic stress disorder (PTSD), and the World Health Organisation (WHO), which also recognises it as an effective treatment for children.

It is important to note that prior to treatment beginning, your therapist and you will create a ‘safe place’ – somewhere your mind can drift to, if, during your treatment, you become distressed at recalling the event.

WHAT HAPPENS IN A THERAPY SESSION?

Your therapist will move his or her fingers back and forth in front of your face and ask you to follow these hand motions with your eyes. At the same time, the EMDR therapist will have you recall a disturbing event. This will include the emotions and body sensations that go along with it.

Gradually, the therapist will guide you to shift your thoughts to more pleasant ones. Some therapists use alternatives to finger movements, such as hand or toe tapping, light beams or musical tones.

Throughout the process, the client is awake, alert and in control at all times. No trance state is induced, no suggestions are made, and the changes that occur are the result of the client’s own innate processes.

EMDR weakens the effect of negative emotions and the ‘charge’ behind emotions when recalling the event. Before and after each EMDR treatment, your therapist will ask you to rate your level of distress. The hope is that your disturbing memories will become less disabling.

After an EMDR session, there may be a strong sense of relief, a feeling of openness or even euphoria.

HOW MANY EMDR SESSIONS WILL I NEED?

As with any treatment or therapy, each person is different, however treatment can be very rapid, but, the number of sessions will vary, according to the complexity of the issues being dealt with. In general, the more isolated the traumatic memory being treated, the shorter the treatment tends to be.  For individuals with a history of multiple painful experiences and years of feeling bad about them, a number of EMDR sessions in conjunction with cognitive therapy or schema focused cognitive therapy may be needed.

Generally speaking, there are roughly 8 steps to completing treatment:

The first phase is a history taking session during which the therapist assesses the client’s readiness for EMDR and develops a treatment plan. Client and therapist identify possible targets for EMDR processing. These include recent distressing events, current situations that elicit emotional disturbance, related historical incidents, and the development of specific skills and behaviors that will be needed by the client in future situations.

During the second phase of treatment, the therapist ensures that the client has adequate methods of handling emotional distress and good coping skills, and that the client is in a relatively stable state. If further stabilization is required, or if additional skills are needed, therapy focuses on providing these. The client is then able to use stress reducing techniques whenever necessary, during or between sessions. However, one goal is not to need these techniques once therapy is complete.

In phase three to six, a target is identified and processed using EMDR procedures. These involve the client identifying the most vivid visual image related to the memory (if available), a negative belief about self, related emotions and body sensations. The client also identifies a preferred positive belief (for example ‘I am strong and in control of this situation’). The validity of the positive belief is rated, as is the intensity of the negative emotions.

After this, the client is instructed to focus on the image, negative thought, and body sensations while simultaneously moving his/her eyes back and forth following the therapist’s fingers (or light beam) as they move across his/her field of vision for 20-30 seconds or more, depending upon the need of the client.

The kind of dual attention and the length of each set is customized to the need of the client. The client is instructed to just notice whatever happens. After this, the clinician instructs the client to let his/her mind go blank and to notice whatever thought, feeling, image, memory, or sensation comes to mind. Depending upon the client’s report the clinician will facilitate the next focus of attention. In most cases a client-directed association process is encouraged. This is repeated numerous times throughout the session. If the client becomes distressed or has difficulty with the process, the therapist follows established procedures to help the client resume processing. When the client reports no distress related to the targeted memory, the clinician asks him/her to think of the preferred positive belief that was identified at the beginning of the session, or a better one if it has emerged, and to focus on the incident, while simultaneously engaging in the eye movements. After several sets, clients generally report increased confidence in this positive belief. The therapist checks with the client regarding body sensations. If there are negative sensations, these are processed as above. If there are positive sensations, they are further enhanced.

In phase seven, closure, the therapist asks the client to keep a journal during the week to document any related material that may arise and reminds the client of the self-calming activities that were mastered in phase two.

The next session begins with phase eight, re-evaluation of the previous work, and of progress since the previous session. EMDR treatment ensures processing of all related historical events, current incidents that elicit distress, and future scenarios that will require different responses. The overall goal is produce the most comprehensive and profound treatment effects in the shortest period of time, while simultaneously maintaining a stable client within a balanced system.

After EMDR processing, clients generally report that the emotional distress related to the memory has been eliminated, or greatly decreased, and that they have gained important cognitive insights. Importantly, these emotional and cognitive changes usually result in spontaneous behavioral and personal change, which are further enhanced with standard EMDR procedures.

HOW EFFECTIVE IS EMDR?

More than 20,000 practitioners have been trained to use EMDR since psychologist Francine Shapiro developed the technique in 1989. While walking through the woods one day, Shapiro happened to notice that her own negative emotions lessened as her eyes darted from side to side. Then, she found the same positive effect in patients.

EMDR appears to be a safe therapy, with no negative side effects. Still, despite its increasing use, mental health practitioners debate EMDR’s effectiveness. Critics note that most EMDR studies have involved only small numbers of participants. Other researchers, though, have shown the treatment’s effectiveness in published reports that consolidated data from several studies. The founder of PTSD UK can categorically confirm however, that it was simply 6 sessions of EMDR therapy that treated, and entirely cured her PTSD – you can read Jacqui’s story here.

THE SCIENCE OF EMDR

Brain scans have clearly demonstrated pre-post changes after EMDR therapy, including increases in hippocampal volume, which have implications for memory storage. The bottom line of EMDR outcome research is that clinical change can be both profound and efficient.

As with all treatments and therapies, there has been a huge amount of research placed upon looking into the efficacy of EMDR – and although there still seems to be some debate – organisations such as World Health Organisation, United Kingdom Department of Health, American Psychiatric Association, International Society for Traumatic Stress Studies,  and Department of Veterans Affairs & Department of Defense, amongst many others define EMDR as being a successful treatment option for PTSD.

You can find a therapist nearby (if you’re willing to go private) on the EMDR Association website. 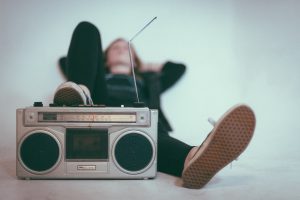 Music Therapy for PTSD Music can connect us to strong memories (good and bad). It can move us and create a swell of strong emotion. It has been used for centuries to soothe or enchant, as well as to create 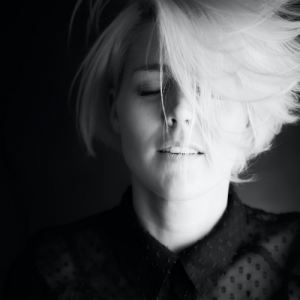 How TRE can help people with PTSD

Tension and Trauma Releasing Exercises (TRE) for PTSD There are multiple ways to tackle the symptoms of post-traumatic stress disorder. Which means even those people with complex and persistent PTSD can find a therapy – or combination of therapies – 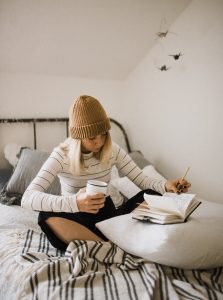 How writing can help people with PTSD

How writing can help people with PTSD An empty notebook can suggest limitless possibilities. It’s also one of the simplest and best tools to improve your mental health, including when you have a diagnosis of post-traumatic stress disorder. Many people 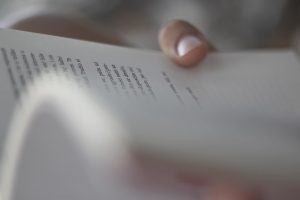 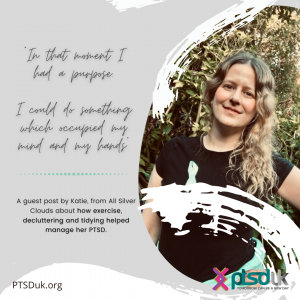 Guest Post: My Story, My Essentials: Decluttering, Organising, and Exercising for PTSD From yoga to acupuncture, surfing to forest bathing, there are a huge amount of activities and therapies that can help ease PTSD symptoms. In this guest post, Katie 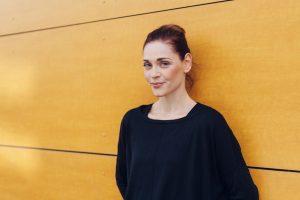