The link between PTSD and eating disorders

The deep psychological and biological imprint that trauma can leave can cause, or worsen other health issues. There are also times when someone with Post Traumatic Stress Disorder (PTSD) also has a second condition that they need to address with professional help – which is referred to as comorbidity.

One comorbidity topic that needs more research is the link between PTSD and eating disorders. It’s estimated that at least 52% of people with an eating disorder diagnosis have a history of trauma, and just like PTSD, they can affect anyone of any age, race, gender, sexuality or background. Eating Disorders generally fall into four categories, however you can also have a mixture of these.

How are PTSD and eating disorders connected?

Statistics on this subject are relatively scarce, however, it’s clear to see that people with eating disorders have a higher incidence of PTSD than the general population – in particular in people who have purging symptoms (some researchers theorise that the neurological response to purging leads to feelings of euphoria which allows disconnection from trauma memories/responses, explaining this dynamic).

Studies have shown that:

The ‘why’ is even harder to pin down.

One theory is that trauma can create a negative body image or a poor sense of self-worth. There are also times when individuals blame themselves, and their appearance, for what happened to them. If this is the case, then the individual with PTSD may use food to modify their body shape, as a defensive mechanism, or to relieve their feelings of self-loathing.

One person with PTSD describes their anorexia as: “a way of expressing how angry I felt and a way to distract myself from feeling painful emotions. Instead of directing the anger at other people, I directed it towards myself. I also stopped eating so I didn’t develop a womanly body. I had low self-esteem; I hated myself and wanted to hide, cover up and disappear.”

Another theory is that “in some cases, people turn to disordered eating as a way to cope with painful experiences. Both PTSD and eating disorders have high rates of dissociation — a feeling of being disconnected from oneself. It is possible that people who suffer from both disorders are attempting to use their eating habits as a means to disconnect from or numb the traumatic memories and emotions.”

One of the theories about ways PTSD and eating disorders are linked is something called emotional dysregulation. This is when an individual has difficulty in managing their emotional reactions. This could make them more vulnerable to a range of different anxiety conditions, including PTSD, borderline personality disorder, OCD and eating disorders.

Dysregulation is also something that can lead to substance dependency as a coping strategy for emotional disruption.

PTSD can make you feel very out-of-control of your life, your emotions and your world around you. Exerting extreme control your food intake, limiting when, or what you’re eating can make someone feel that they’re finally able to control something. If this also works as a distraction and numbing method, it reinforces the habit and makes it hard to stop, and can quickly become in issue, and develop into an eating disorder too.

Can PTSD cause eating disorders?

‘While PTSD and eating disorders often co-occur, the direction of this relationship can go either way. Some individuals may struggle with PTSD and utilise eating disorder behaviours as maladaptive coping skills, attempts to gain feelings of control, or attempts to disconnect from or punish the body. Conversely, it is also possible that an individual with an eating disorder can be more vulnerable to trauma events because of their disorder. For example, some individuals with an eating disorder are severe enough to warrant inpatient hospitalisation and tube feeding for medical stabilisation and may even experience severe health complications that bring them close to death, which can cause a trauma response afterward.’

When someone has complex post-traumatic stress disorder (C-PTSD) – caused by multiple, repeated, or a series of events or prolonged abuse, for example – it appears to increase the likelihood of them developing an eating disorder.

In fact, eating disorders can be the ‘red flag’ that C-PTSD exists.

This may be due to the factors outlined above but especially attempts by the individual to disassociation themselves from their traumatic experience.

C-PTSD has been described as “an elaborate and self-destructive strategy by the brain to force out memories that are too painful to bear.”

If you are carrying around a lot of emotions, memories and symptoms, you may seek ways to distance yourself, make them go away and shut down your emotional responses. This could include purging food out of your body, as a symbolic way to shed unwanted and intrusive thoughts. Or in the case of ARFID or anorexia, to avoid food that creates sensory links to the past, and to disassociate yourself from pleasure and satisfaction, as you want to feel ‘nothing’.

In this case, therapists working with people with eating disorders may look for an absence of memories or emotional responses.

How to tackle this issue

Using food as a coping mechanism, a way to distract yourself, or a system of getting ‘back in control’ is understandable as an outcome of experiencing trauma. However, eating disorders have serious health implications, and can become the urgent focus of treatment. Leaving the underlying PTSD or C-PTSD symptoms undiagnosed or inadequately addressed.

In fact, finding the psychological causes of eating disorders is vital to effective treatment and support. So, if PTSD is playing a role in an eating disorder, that should be addressed as soon as possible, to create a sustainable recovery.

If you – or someone you know – feel trauma has significantly altered your relationship with food, it is vital to get help quickly, so please visit your GP as soon as you’re able to.

NICE guidance updated in 2018 recommends the use of trauma focused psychological treatments for PTSD and C-PTSD, specifically the use of Eye Movement Desensitisation Reprocessing (EMDR) and trauma focused cognitive behavioural therapy (CBT).

If you’re worried about your own or someone else’s health, you can contact Beat, the UK’s eating disorder charity, on 0808 801 0677 or visit their website.

Photo by Joel Muniz on Unsplash 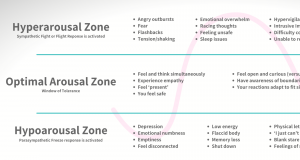 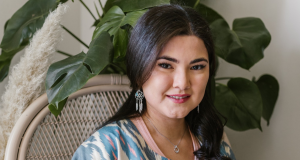 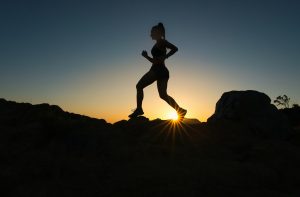 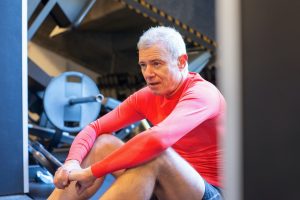 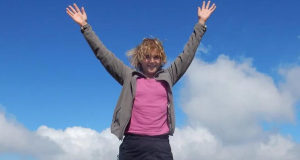