The link between PTSD and alcoholism

In the UK, nearly 40% of people with a substance misuse disorder (including alcohol) also have a PTSD diagnosis. Research also shows that people with PTSD are around four times more likely to be affected by alcohol dependence than the general population.

PTSD can leave people with a host of difficult feelings, memories and symptoms. It’s not uncommon for people affected by PTSD to turn to alcohol to numb these symptoms and flashbacks, or to try to feel a bit more in control of their thoughts and daily life. Sometimes people feel unable to talk about trauma, and alcohol can become a way to block out the pain. Alcoholism falls into the ‘avoidance’ category of PTSD symptoms, because the person is using alcohol as a way to escape their memories. It’s a common comorbidity (the presence of two or more medical conditions at the same time) for men and women with PTSD (though men tend to drink alcohol to enhance positive feelings, while women tend to drink to cope with or reduce negative feelings).

But the link between the two is a little more complicated: alcohol misuse can be a risk factor or trigger for PTSD as well as a symptom (meaning that for some people, alcohol consumption increases the likelihood of developing PTSD after a trauma).

And sometimes alcohol dependence is simply a comorbidity that appears alongside PTSD, without one necessarily causing the other – possibly because the two conditions share many risk factors, such as combat experience, childhood trauma and mental health challenges.

How does PTSD cause alcoholism?

Using alcohol to avoid or numb feelings can eventually escalate into alcoholism. There’s also a neurological explanation. During a traumatic event, the brain releases endorphins (neurotransmitters that reduce pain and ease stress) to protect itself. Once the event is over, those endorphins disappear. That feeling can be a lot like alcohol withdrawal, and it’s common for people with PTSD to use alcohol to replace those endorphins.

What starts as a coping mechanism can soon become part of the problem, as the individual needs to drink more and more to achieve the same effect. This can lead to addiction, where the individual has to deal with a dual diagnosis of alcohol dependency and PTSD.

The effects of alcohol on PTSD symptoms

Using alcohol to self-medicate can create a vicious cycle. Alcohol is a depressant, which means it can exacerbate PTSD symptoms such as anxiety and depression. When those symptoms get worse, the need to drink becomes more urgent. Drinking too much can cause someone with PTSD to engage in riskier behaviour, such as getting into fights, driving while drunk, or finding themselves in vulnerable situations.

And of course, if someone is using alcohol to mask the symptoms of PTSD, that means they may go longer without realising they have PTSD, so the root cause of the symptoms goes untreated.

Treatment for alcoholism and PTSD

Not everyone with PTSD will be affected by alcohol misuse. Equally, going through trauma can lead to alcohol misuse, whether or not you develop PTSD. But if you or someone you know has PTSD, an alcohol dependency or both, it’s important to get support.

Seeking treatment for both at the same time is encouraged, since they tend to feed off each other. Unfortunately, both alcohol dependency and alcohol withdrawal can intensify the symptoms of PTSD, so support during the detox process will be essential to increase the effectiveness of any treatment.

There are a few different treatment options, which should address both the symptoms and underlying conditions. NICE guidance (updated in 2018) recommends the use of trauma-focused psychological treatments for PTSD in adults, specifically the use of e​ye movement desensitisation reprocessing (EMDR)​, and trauma-focused cognitive behavioural therapy (CBT). You may also want to explore group and individual therapy, holistic non-pharmacological therapies, or talk to your doctor about drug treatments.

Photo by Stéphan Valentin on Unsplash 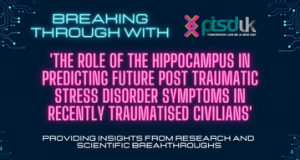 Can we predict who will develop PTSD after a trauma?

Can our brain structures help predict who will develop PTSD after a trauma? There’s a key question when it comes to PTSD and C-PTSD research and understanding: why do some people get PTSD or C-PTSD from trauma, when another person 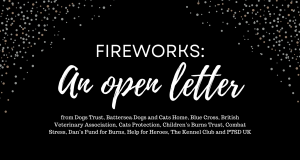 Fireworks Open Letter – a national charity collaboration PTSD UK is proud to be part of a coalition of national charities, lead by Dogs Trust, who have issued an open letter to the Secretary of State for Business, Energy and 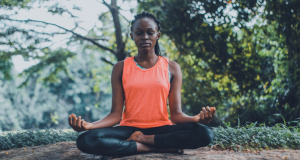 Yoga Therapy for PTSD: A Multidimensional Approach – Guest Blog The complex nature of Post Traumatic Stress Disorder (PTSD) makes it a challenging condition to treat. In the UK alone, PTSD is estimated to affect 1 in 3 people who 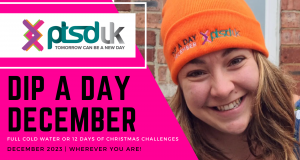 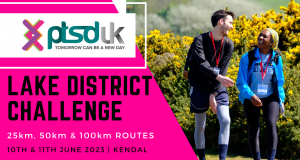 events | walk or run Lake District Ultra Challenge 10km, 25km, 50km & 100km loop options Sign up now The challenge Take on England’s finest countryside at your pace.  Our Challenge base-camp is in Kendal, and from there it’s a