Symptoms of PTSD & C-PTSD in children and young adults

Everyone has different ways of responding to traumatic events. What one child finds traumatic another child may not find distressing. Children will react in a variety of different ways after a trauma. Many children who experience a trauma experience some avoidant, intrusive, or hyperarousal symptoms – or they may communicate their distress through their behaviours rather than the typical ‘symptoms’ you may see in an adult with PTSD – generally these dissipate after a number of weeks.

However if symptoms or behaviours continue for longer than a month, and are affecting a child or young adults day-to-day life, PTSD or C-PTSD may be present and then it is worth consulting with a mental health expert or GP.

Typically, symptoms tend to start within three months of the event – but in around 15% of people, there may be a delay of months or even years before symptoms even start to appear.

It’s important to recognise however that children and adults will experience PTSD differently. Adults are typically better able to verbalise how they are feeling and what they are experiencing, whereas young children will struggle to vocalise these emotions, and so it’s vital that any parents, caregivers, teachers and anyone who comes into contact with children can understand more about the differences in symptoms that may show as a result of PTSD or C-PTSD.

Generally speaking, there are three main symptom clusters experienced by children and young adults with PTSD. They are as follows:

Traumatised children and young adults are likely to display these core symptoms clusters in a variety of different ways depending on their age.

You can see more about these differences below by clicking on each age range.

Very young children may lack the ability of adults to verbalise and vocalise their feelings and experience of trauma. It can therefore be a significant challenge diagnosing children younger than six.

Equally, younger children are particularly liable to express PTSD anxiety through hyperarousal, hyperactivity, excess distractibility and increased impulsiveness. These symptoms have a crossover with other conditions such as ADHD, and might therefore result in a misdiagnosis, so it is best to keep informed.

Other symptoms displayed by children in early childhood include:

Children in this age range might display the following:

Young adults are likely to display similar symptoms to 6-12 year olds but may also exhibit some more concerning behaviours that put their bodies at risk. These may include:

Some traumas lead to specific sets of symptoms too. For example, children or young adults who have been exposed to trauma and violence through bullying may be more likely to bully others, be more distressed by bullying or appear desensitised to bullying.

‘The impact of physical abuse on a child’s life can be far-reaching. It is especially devastating when a parent, the person a child depends on for protection and safety, becomes a danger. Some children develop traumatic stress reactions.

Children who’ve been physically abused may struggle with developing and maintaining friendships. They don’t trust authority figures. They don’t feel good about themselves or see themselves as worthy. They may blame themselves for the abuse and feel that they must keep what goes on in their families a secret. Reactions vary depending on the age of the child, the kind of abuse, and how long it continues.

Many physically abused children become aggressive themselves or have other behavioral problems. Aggression and “acting out” are very common, but there are a wide range of reactions. Some children show few, if any, reactions. They don’t seem to care anymore if they are hit; they’ve lost the normal fight or flight reactions built-in to protect us from danger. These children may also fail to react to other dangers. They may stop trying to make friends or succeed at school or plan for the future.

Some abused children become anxious and fearful rather than numb and withdrawn. This happens frequently when the abuse has no predictable pattern. A child who never knows when a caregiver will become physically violent, and never knows how far the caregiver will go, has no control. That child may become more anxious.’

Death of a loved one

‘Each child grieves the death of a significant person in his or her own way. Reactions can vary according to age, ability to understand death, and personality, and children in the same family may react differently. Any death can be difficult for a child, and a wide range of emotional and behavioural responses are common including changes in sleeping pattern or appetite; sad, angry, or anxious feelings; social isolation; persistent thoughts about the death; or feeling the person’s presence nearby. Children’s difficulties with grief vary according to a child’s age, developmental level, previous life experiences, emotional health before the death, and family and social environment.

Some children develop traumatic grief responses, making it harder for them to

Any thoughts of the person—even happy ones—can lead to upsetting images or memories of the way that person died. These images may occur repeatedly in the child’s mind and—because they are so upsetting—the child may avoid thinking or talking about the person or even going places or doing things associated with the person or the death. Traumatic reactions may exacerbate existing mental health issues, disrupt learning, and be misinterpreted by parents, teachers, and others.

Difficulties specific to childhood traumatic grief that may occur across developmental stages include the following:

In childhood traumatic grief, the interaction between trauma and grief symptoms is such that any thoughts or reminders, even happy ones, about the person who died can lead to frightening thoughts, images, or memories of how the person died.’

PTSD & C-PTSD can have physical symptoms too

‘When we feel stressed emotionally, our bodies release hormones called cortisol and adrenaline. This is the body’s automatic way of preparing to respond to a threat, sometimes called the ‘fight, flight or freeze‘ response.

Studies have shown that someone with PTSD will continue producing these hormones when they’re no longer in danger, which is thought to explain some symptoms such as extreme alertness and being easily startled.

Some people also experience physical symptoms similar to symptoms of anxiety, such as headaches, dizziness, chest pains and stomach aches.’

These altered cortisol levels also cause other physical symptoms such as your skin scaring more easily, digestive issues, and cold hands & feet, find out more in our blog article,  ’10 unexpected physical symptoms of PTSD’ here.

When should I get help?

The guidance from the NHS states ‘It’s normal to experience upsetting and confusing thoughts after a traumatic event, but in most people these improve naturally over a few weeks.

You should visit your GP your child are still having problems about 4 weeks after the traumatic experience, or the symptoms are particularly troublesome.

Your GP will want to discuss your childs symptoms with you in as much detail as possible.

Your GP can refer them to mental health specialists if they feel they’d benefit from treatment.’

A note for parents and care givers

When talking about children, it can sometimes feel very impersonal to talk about ‘symptoms’ – but obviously they are simply important things to look out for, and will be used to help guide a diagnosis from medical professionals.

Young children often do not have the words or understanding to tell you what they are feeling, or symptoms they are experiencing. But, it is important to remember that despite this, they may be experiencing a range of different feelings.

‘Some typical feelings they may have include:

Children and young adults may be very distressed following a traumatic event. It is vital for caregivers and parents to recognise that this is totally normal. In fact, having a close figure offer a child support and love, perhaps in the form of talking about the trauma, can be helpful in helping a child to navigate their feelings and way of relating to the trauma.

Sometimes they find it easier to talk to other adults, in which case seeking professional help is often advisable, as this will help them rediscover normality, as well as reducing the likelihood of prolonged, harmful stress reactions. Receiving the appropriate type of support can help your child come to terms with what has happened so that it does not continue to affect them for the rest of their life.  Find out more about how parents can help children and young adults here.

Equally, if you yourself are feeling distressed after a traumatic event or experience, it is best to recognise this and seek help yourself. Kids manage their emotions better if their families or guardians are feeling stable, content, and safe. Find out more about how to look after yourself in this time here.

Causes of PTSD in children

How can I help my child with PTSD?

Treatments for PTSD in children 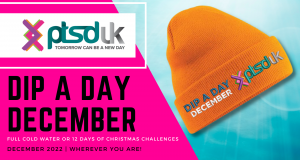 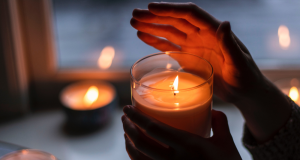 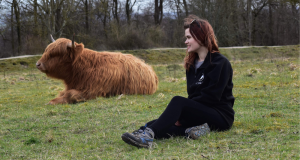 Wild Side of PTSD

Guest Blog: Wild Side of PTSD Hannah is aspiring wildlife researcher/conservationist who has just completed an MSc that she was very close to dropping out from due to her PTSD. Hannah’s passion for raising awareness focuses on an important part

What’s the difference between PTSD and Borderline Personality Disorder? Finding the right treatment for any mental health condition starts with getting the right diagnosis. But that can be tricky when different conditions present in similar ways, or sometimes even occur