One of many distressing aspects of PTSD is struggling with sensory distortions, especially difficulties with hearing or processing sound. It’s the sort of thing that’s hard to explain to other people, yet it can have a profound impact on everyday life.

Post-traumatic stress disorder is a very complex condition. PTSD symptoms and their impact are extremely diverse and always a personal experience.

For many people, severe trauma results in physical responses, including changes to ‘auditory processing’ (the mechanisms used to collect and analyse sound).

So, someone with PTSD can feel like their hearing is sending false signals. Or, at times of great stress, their brain ‘switches off’ sound or muffles it. It’s the sort of thing that seriously erodes your confidence, making it difficult to go out in public or to even gather with friends and family, or to work.

This is why it’s vital to never struggle alone with any aspect of PTSD. Including problems with sound.

This article explains the link between trauma response and auditory processing and provides insights on how to treat PTSD-related hearing issues.

This is probably one of the most common and best-known PTSD indicators.

When you have been exposed to severe trauma – over time or as a one-off incident – it can change the way your brain responds to perceived danger. We covered this in our article on flight, fight, freeze and fawn.

Many people who have PTSD find their instinctive responses are extremely rapid and significantly exaggerated when triggered by certain sounds. The most common being a loud, unexpected noise.

It’s the sort of sound that would startle anyone. However, if you have PTSD it’s instantly linked to a threat to life, or it sparks a massive surge of anxiety in general.

Using PTSD therapies to defuse this exaggerated startle response can be especially urgent if loud noises cause you to become instantly aggressive (fight) or deeply distressed.

Some people with PTSD have hyperacusis. This involves finding even everyday sounds overwhelming, intrusive and a source of anxiety such as the noise from running water, sirens, a phone ringing, dogs barking, walking on leaves, a washing machine, laughter, and the vacuum cleaner – any sound can potentially trigger a reaction in someone with hyperacusis – even the sound of their own voice.

There is a confirmed link between PTSD and hyperacusis due to a cerebral processing problem specific to how the brain perceives sound and as you can imagine, when they are present concurrently have the potential to exacerbate one another. Hyperacusis is very different from the reduced tolerance for noise that most of us have when we’re tired or stressed, or reacting to an obviously unpleasant noise, such as someone scratching their fingernails down a blackboard.

What appears acceptable to others, sounds loud, grating or alarming to someone with hyperacusis.

Our Founder of PTSD UK remembers ‘When my PTSD was at it’s worst, I had a real issue with an advert on TV which featured a well-known comedian. In the advert, he pretends to be asleep and is snoring, and it used to drive through my head like nails. I had to mute the TV every time it came on.’

Although all sounds may be perceived as too loud, high frequency sounds may be particularly troublesome and can often lead to pain and discomfort. Often too, for those with PTSD and hyperacusis, a sound may be linked to the previous trauma which means that every time they hear the noise, it automatically triggers the “fight or flight” response and fear, anger and anxiety, or can trigger a flashback.

Can you be triggered by one sound with PTSD?

PTSD hearing issues are not always linked to loud noises or a range of different sounds. It is possible for someone to have misophonia which is an aversion to one specific sound.

This could connect to the initial trauma, or be an apparently random noise that creates a strong reaction! Such intense irritation when you hearing someone chewing or becoming deeply distressed when someone sneezes.

That one noise activates your over-sensitive auditory processes and creates an emotional response.

Fear of sound and PTSD

Phonophobia is the fear of sound, though it is also sometimes referred to as ligyrophobia.

This is a recognised anxiety disorder in itself. However, it can also be an outcome of PTSD. The person becomes so averse to sounds (that act as triggers) they begin to become constantly fearful of certain levels or types of sound.

Excessive stress can affect your heart and blood circulation, so it stands to reason this can impact your body’s more delicate mechanisms. Including parts of your inner ear. Also, incidents that cause PTSD can result in injury to auditory mechanisms, such as head blows or bomb blasts for example.

For this reasons people with PTSD sometimes suffer from tinnitus – a constant, internal buzzing or ringing sound – or permanent hearing deficits.

However, temporary hearing loss and PTSD is usually part of the process outlined above. Your brain shuts down or ‘freezes’ in response to a trigger, turning sound off or down, as a coping mechanism. Sounds can seem far away, or muffled and hard to understand.

Following treatment for PTSD, you may find that this periodic loss of hearing becomes less frequent or disappears entirely.

The way to address these problems – as with all PTSD symptoms – is to be honest with your therapist or counsellor.

They can often be treated by retraining the brain to appreciate sounds that are non-threatening. Various counselling-based therapies for PTSD remove negative emotional responses to all triggers, including auditory ones.

Sound therapy can retrain the brain response by removing negative emotional associations to sound. “Desensitising” means listening to and gradually getting used to a sound, which is achieved through the use of noise generators worn on the affected ear or ears. The device produces a gentle static-like sound (white noise) that is barely audible. Completion of sound therapy may take up to 12 months, and usually improves sound tolerance.

Some people with PTSD find hearing aids help, as these devices provide control over auditory input. Ways to manage sound issues in PTSD also include listening to music via headphones or earbuds. Of course, these may not work for everybody, as hearing devices and music – no matter how quiet – can actually worsen sound sensitivity for some.

Other people cope with auditory problems by removing themselves to somewhere quiet and peaceful. Finding an enjoyable distraction and mental ‘safe space’ can also help diffuse anxiety caused by sounds. See our blog for different activities that help with PTSD.

Photo by Hayes Potter on Unsplash 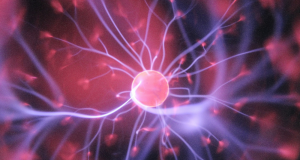