Please be aware that as guilt is such a strong element of PTSD, this article may trigger or distress some readers.

“If only I had……” An emotionally charged response that we all experience at some stage in our lives.

There’s a saying that the worst kind of guilt is an unearned one. It can also be the hardest to let go of when tied up with post-traumatic stress disorder.

A sense of guilt is a common feature of PTSD, for a diverse range of reasons. Especially ‘survivors’ guilt’. Other variations include regrets about decisions you made, feeling responsible for the actions of others or guilt that your mental health affects loved ones.

Many root causes of guilt are things you couldn’t change. So, you certainly can’t change now. Therapy for PTSD often focuses on accepting that and dismantling and reversing your feelings of regret, responsibility and shame.

This article explores PTSD and guilt, as a better understanding can lead to acceptance and relief.

I feel guilty about my PTSD and its effects

Not all the guilt associated with PTSD comes from past traumas. You can feel a strong sense of regret that your condition has knock-on effects for the people close to you.

Also, someone with PTSD can feel guilty about being a ‘nuisance’ to medical professionals and therapists who support and treat them.

This can be a particular issue if you have been raised with a ‘don’t complain or make a fuss’ mentality or carry macho conditioning that ‘real men’ don’t have mental health issues. It can lead to feeling responsible for your challenges, and regretful that you need to ask for help.

It is okay, to not be okay!

Comparing your experiences with those ‘worse off’

There’s no scale that you need to measure your trauma against, to feel justified in having PTSD! Yet some feel guilty that their experiences were ‘not severe enough’ to warrant this diagnosis.

It’s vital to understand that PTSD is NOT just a condition associated with military situations, being involved in horrific events or prolonged abuse. Anyone can have PTSD for a multitude of reasons.

Your trauma response is valid, no matter what its origins are.

Guilt from past decisions

In another website article on PTSD, we outlined the natural human responses to major trauma – flight, fight, freeze and fawn (LINK). All of these can lead to abiding regrets and an overwhelming sense of responsibility for what happened to you, or to others.

You may even find other people play the ‘blame game’ too. Why did you run or freeze, when you could have taken action? When you were being treated badly, how could you have sought to placate the person responsible, and attempted to rationalise and accept their abuse?

This intense regret can transition into a deep sense of shame, and feelings of worthlessness. Going over and over what you could have done differently is a common feature of PTSD. It can also be firmly tied up in your flashbacks and nightmares too.

A central pillar of dismantling this level of guilt is accepting that your response was instinctive, involuntary and based on the way humans have protected themselves since the dawn of time.

After passing through a situation in which other people died, some gain a sense of relief, and a feeling of being ‘spared’ for a reason. However, it can be bewildering for both the individual and their loved ones when escaping death leaves them depressed, and in the firm grip of survivors’ guilt.

A 2019 research project looked at lung cancer recovery and found that 55–63.9% experienced guilt about their survival.

Survivor’s guilt is closely associated with shame. You can feel deeply distressed that those who died deserved life more than you, or that you have no right to enjoy your days and be happy when this has been denied to others.

How can you alleviate PTSD guilt?

Tackling the guilt associated with PTSD is vital. Especially as there is evidence it worsens or possibly even causes some symptoms.

Guilt manifests itself in many ways, including irritability, disconnection, anger, depression and feelings of self-loathing.

Therapy for PTSD will often focus on the many questions you ask yourself every day, such as ‘what if’ and ‘if only’, to understand feelings of regret and responsibility. Then, you will be encouraged to gain a more realistic perspective, and to accept that you did nothing ‘wrong’.

One of the main focuses is likely to be an acceptance that life is unpredictable, and many things happen that you have no control over.

You may also be guided to take actions on things you CAN change. For example, talking to a loved one about how you feel, so you can lessen your guilt about the impact of your mental health.

The steps to dismantle guilt often pivot around the fundamental fact that you are ‘only human’, and your responses to trauma – including guilt – are normal and manageable. 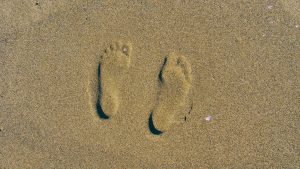 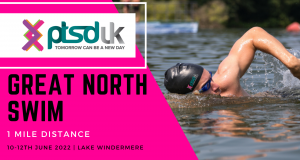 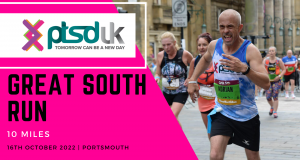 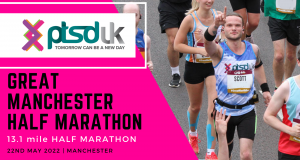