What is Japanese “forest bathing” or Shinrin-Yoku and how can it improve your mental health?

Having originated in Japan and China, forest bathing – or Shinrin-Yoku – can be used to help decrease undue stress and potential burn-out. Research has found that immersion in nature has human health benefits, including a decrease in blood pressure, pulse rate and reduced acute psychological distress.

Additionally, a professor from Tokyo, Qing Li, measured the activity of ‘human natural killer (NK) cells’ within the immune system of those going into the woods, looking at before and after exposure. Normally these cells offer rapid responses to tumour formation and viral-infected cells. They’re key to a healthy immune system and cancer prevention. He found that in the week following a visit to a forest, there were significant increases in NK cells in those tested, and these positive effects could still be found up to a month after spending a weekend in the woods.

How can trees help?

Eco-therapy can help to reduce the stress hormone production, boost the immune system and have an overall beneficial impact on feelings of wellbeing. This is particularly beneficial for anyone suffering with post-traumatic stress disorder, or PTSD, as symptoms of this often include feelings of hypervigilance, insomnia, panic attacks, a lack of emotional connection, and depression.

One of the best parts of forest bathing is that it doesn’t really require much from the individual. It literally means to be in the presence of trees. That could mean going for a walk in the woods, camping in woodland, taking a picnic down to an area of trees, and just generally being surrounded by green space. You don’t need to be hiking or exercising or tracking your movements on your Fitbit. It’s all about doing what relaxes you, from a gradual meander to sitting amongst the trees with a good book – or even just daydreaming or meditating. It’s not just the trees that help but the forest air too, which is packed full of goodness, including something known as ‘phytoncide’ (an oil from plants and wood), which is thought to help improve immune system functioning. Take a deep breath in!

While forest bathing isn’t necessarily the ultimate treatment for PTSD, it can be used for reducing or managing symptoms while waiting for treatment – or even to work alongside ongoing treatment. In 1982, forest bathing actually became part of a national public health program in Japan when the forestry ministry first coined the phrase ‘Shinrin-Yoku’ and promoted topiary therapy. They have even gone as far as spending about $4 million dollars between 2004 and 2012 to study the psychological and physiological benefits and have developed specific therapy trails from findings.

Obviously, for some this won’t be right for them – for some sufferers of PTSD, it can cause them to become very fearful or wary of going places on their own, especially if it is a quiet forest setting with a lot of unknown noises. It can often set off feelings of hypervigilance. As such, it is often beneficial to take a friend or family member along at the same time to help ease these feelings – and also because a good chat and laugh while walking is equally healing for the mind too. If nature appreciation just isn’t the right therapy for whatever reason, then that is okay too – there are lots of other ways to try easing PTSD symptoms naturally.

It’s important to note too, that while choosing your PTSD recovery path you need to address both the symptoms and the underlying condition. NICE guidance from 2005 and 2011 recommends the use of trauma focused psychological treatments for Post Traumatic Stress Disorder in adults, specifically the use of Eye Movement Desensitisation Reprocessing (EMDR) and trauma focused cognitive behavioural therapy (CBT). 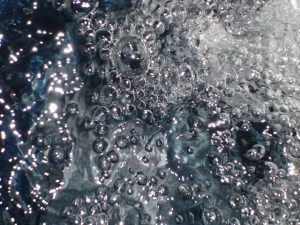 How hydrotherapy can be useful for PTSD sufferers

When it comes to mental ill-health, many people think it only affects what is going on in the person’s brain. However, these conditions are complex and multi-faceted, often having physical implications too. For those experiencing post-traumatic stress disorder, trauma survivors 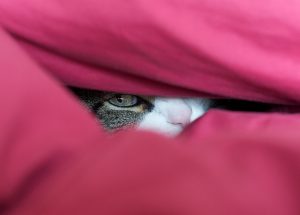 Post Traumatic Stress Disorder is not easy to live with. Those who face PTSD experience problems such as flashbacks and nightmares, emotional numbness and difficulty sleeping, feeling jumpy and alert all the time, and being easily angered. Recently, attention has 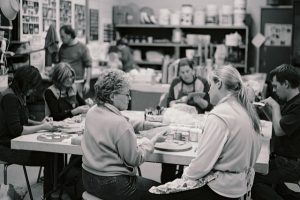 Art therapy has been steadily gaining traction as an effective method to reduce and ease the symptoms of mental health problems. In particular, PTSD sufferers could find that pottery is especially helpful in the healing process. Getting lost in clay 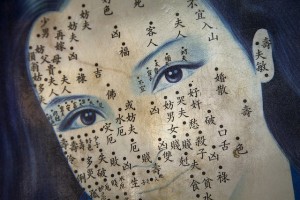 Albert Einstein proved in the 1920’s that everything (including our bodies) is comprised of energy. Emotional Freedom Therapy (EFT) is a scientifically proven technique which can release any ‘blockages’ in this energy, which can be the source of emotional intensity and discomfort. 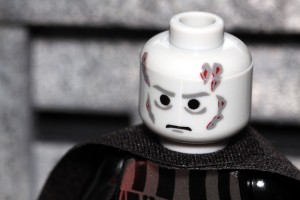 A large number of skin diseases including dermatitis and psoriasis, appear to be caused by, or exacerbated by, psychological stress, and scientists have long confirmed the role that the stress hormone, cortisol, plays in Post Traumatic Stress Disorder (PTSD) – however 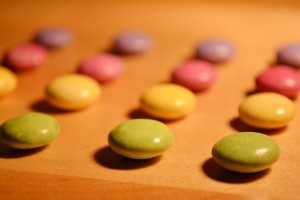 Studies have shown that it’s really common for patients to suffer from both Post Traumatic Stress Disorder (PTSD) and Obsessive Compulsive Disorder (OCD) simultaneously. It’s thought that in some circumstances, obsessive behaviors such as repetitive washing or checking may be a