Sophie* underwent EMDR treatment after being diagnosed with PTSD following a trauma. Here, Sophie explains more about her EMDR treatment, what happened in her sessions, and how she feels EMDR ‘saved her life.’

(*Please note, names have been changed for the privacy of our contributors).

I had a traumatic experience in September 2018 aged 28. Over the course of the next few months life changed as I knew it. I went from loving life, every day I was happy, I was popular, had a great job, and a great social life.

All of that changed literally overnight and my world was turned upside down. I soon became extremely paranoid, I would spend every hour of the day and night at my window, convinced people were after me. I became completely delusional – though I didn’t know it at the time, and was utterly convinced people were spying on me and hiding outside my house to see what I was doing. I was hyper alert every second of the day, and had my guard up at all times. It was absolutely exhausting.

As well as this, I was having real and intense physical symptoms, heart palpitations, sweating, dizziness. I woke up and felt afraid every single day.  I cut off all my friends and never left the house unless absolutely necessary.  I had no friends, I trusted no one – and I didn’t want to trust anyone. I had no idea what had happened to me but I knew it couldn’t go on. I would have nightmares, every night without fail. They were long and very distressing. I would replay the incident in my head every waking minute and now too it seemed in my sleep. I soon became suicidal and genuinely saw no point in carrying on. Life as I knew it then was miserable and I was so emotionally burned out I didn’t see the point anymore. I was basically just existing and can remember describing me as a shell of my former self. I was numb and the only emotions I felt were negative.

It was around a year later aged 29 that I reached out for help. I referred myself to Trent PTS counselling services. I believed I was suffering with anxiety, but was then diagnosed with PTSD. The therapist gave me two choices, one of which was EMDR. I had heard of EMDR before in a professional capacity but had never dreamed I’d be needing it myself. I chose EMDR on a whim, and I’m forever glad I did. I did not try any other treatments before EMDR and haven’t needed any since.

I initially felt very embarrassed, and remembered thinking the therapist must be secretly thinking what an idiot I was. I was highly sceptical, my life was in tatters and I was convinced I couldn’t get back to any normality, there was no way I would believe that EMDR would work but I was willing to give anything a go.

The first session was difficult as I found it hard to concentrate, and did not want to open my mind up to the horrible memories. At this point I also didn’t want to begin to heal; I was so convinced that my way of living was keeping me safe, and I felt that if I began to feel normal or relaxed something bad would happen to me again. I believe I had around 6 – 7 sessions of the actual EMDR but I know it can take longer for some people. Towards the end, the sessions were very intense; I became hysterical as I began to unlock the trauma I had hidden away in my head for a year. I found memories and feelings I didn’t even know I had, and had to utilise a “safe space” once to calm down. I couldn’t believe the emotions I was feeling and I would describe it almost like a grieving process. Denial, anger, bargaining – acceptance did come in the end. During EMDR my therapist would move his hand from side to side at varying speeds for me to follow with my eyes, whilst remembering certain events and feelings from the trauma. I never believed something that appeared so basic would work. But all of a sudden, as suddenly as I’d needed the therapy, I just as quickly no longer needed it anymore. I can’t pinpoint when that happened. But one day I noticed, ‘oh I didn’t have a nightmare last night’. I used to count down the days between each session, desperate to feel better – then all of a sudden, I didn’t need or want the therapy anymore which is when I knew something had changed for the better.

I am now 31 and life after EMDR is amazing. I wouldn’t lie, every so often I have a flashback, a memory will crop up and it’s unpleasant. But as soon as it’s come, it’s gone again. I never obsess anymore. I used to spend minutes, hours, days and weeks obsessing over what had happened. Now if a flashback occurs, I barely spend more than 10 minutes on it.

I am no longer suicidal. I am no longer paranoid. I never have nightmares surrounding the trauma anymore, and for that alone I am forever grateful. I am not delusional anymore. I look forward to things – I am not just existing, I am enjoying life again.

What happened to me doesn’t define me anymore, and that is hugely important. I met someone and got engaged, and I feel so lucky. I truly believe this was all possible because of EMDR.

From time to time, I get so upset that this all had to happen to me, which I think is normal, and I absolutely have the right to feel that way and have the emotion of sadness for myself. But EMDR and my therapist saved my life. I don’t know where I’d be now without them. I’m so grateful for this therapy for saving me and letting me feel human again. My only regret is not expressing this to my therapist at the time, I am so grateful to that person for believing in me and helping me.

If my symptoms sound familiar to you, my advice is to reach out and get help in some way. Life can be amazing again. You can walk outside and not feel terror – imagine being able to focus on something you used to enjoy, smelling the fresh air, breathing it in and feeling safe. You can let your guard down and be safe doing so.  I would also like to add, that you may think your PTSD is invalid because your trauma wasn’t a “typical” trauma, or might not be something associated with PTSD that we usually hear as an example. Not everyone will understand what you’ve been through or what you’re going through, they won’t understand EMDR but that is ok because you don’t need other people to understand, and the more you start to heal the more that will make sense, and the less you will care 🙂

I don’t know about you, but I’ve always wanted to run the Great North Run – but I’ve never been successful in a ballot place, yet. But one of our incredible supporters, Stacey, nominated PTSD UK to be the chosen 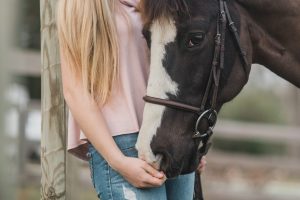 How horse riding and ‘equine therapy’ has helped PTSD sufferers

It has long been reported that household animals like cats and dogs can be fantastic for those suffering from anxiety and depression, offering natural support and comfort. But have you ever considered how horses may be able to help those 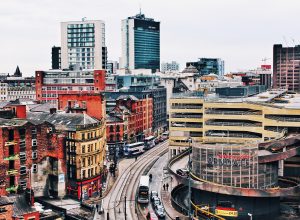 Mental health is something Her Majesty the Queen is very aware of; she has spoken previously about the psychological repercussions of suicide attacks and how they may lead to post-traumatic stress disorder (PTSD). In particular, in the days following the 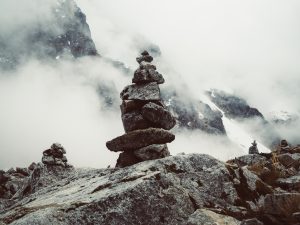 Created in 2001 by the Mental Health Foundation, Mental Health Awareness Week is an annual event aiming to educate the public and raise awareness of mental health issues, helping to promote better mental health. This year, the event runs from 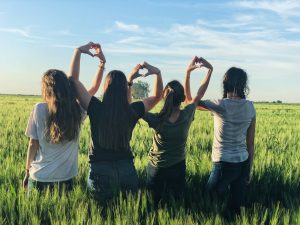 When a loved one offers to help you

How do you tend to answer when someone says, “What can I do to help?” or ‘is there anything I can do?” For many PTSD sufferers, the answer is often, “Oh nothing, I’m ok” or “ I don’t know what

How ‘TRE’ helped this PTSD sufferer

Katherine Meehan, 37, from Kent has published a book about her self-healing journey in the hope it will help others to find their own profound wellbeing and happiness. In ‘Brushing My Teeth with Baby Lotion’, published last month, she shares